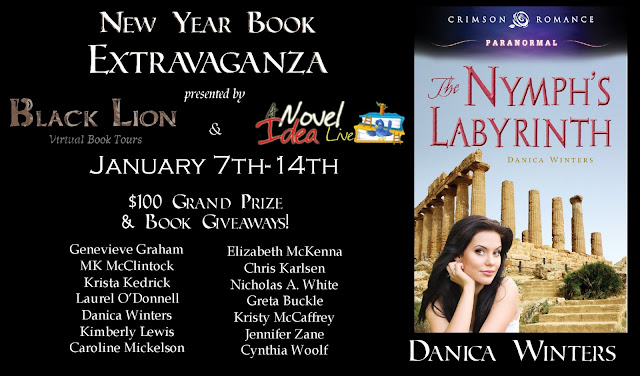 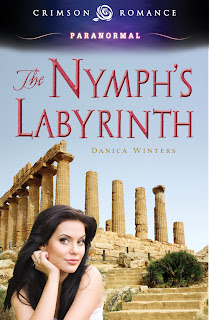 A world shrouded in mystery and intrigue, the Sisterhood of Epione must not be exposed.

Shape-shifting nymph, Ariadne Papadakis, is tasked with keeping the truth of the group’s existence and their ancient mysteries far out of reach of the American archeologist, Beau Morris and his troublemaking son, Kaden. When forgotten and forbidden passions are awakened, Ariadne is forced make a choice—fall in line and continue to be overrun and pushed down by the sisterhood, or follow her heart and put Beau and Kaden’s lives in danger.

Can she have the man she loves or will the pressure and secrets of her past keep her from her heart’s desire?

Their quest to find each other across a treacherous wilderness will test the limits of courage and endurance, guided only by their dreams--and by the belief in the true love they share.

Chapter One
Present Day
Shoveling dirt in a dark, forbidding hole was the last place Ariadne Papadakis wanted to be. She used the trowel in her hand as a weapon to scrape the clay away. A drop of sweat trickled down the ancient black tattooed snake on her arm, past her elbow, over the serpent’s weaving body, and stopped at the base of her wrist as if it was afraid to enter her palm where the head of the snake was poised for attack.
The city of Gournai sat at the base of a Cretan hill, a blister of light in the callous night. Ariadne could remember when the town had been nothing but a few villas and a market, perfectly rural—a great location for a secret. Now it bustled with modern life and somewhere within the public maze, sat an archeologist who wanted to expose the Labyrinth she and her sisterhood of nymphs had kept hidden for so long.
How had Beau Morris found their secret…a secret that had been hidden for thousands of years? She couldn’t know for sure, but now she had been ordered to deal with the consequences of his action.
Earlier that day, while Ariadne had been working at the museum in Heraklion, a braying couple from Alabama had been amongst the handful of visitors. They had laughed at the bare breasts of the statue of Epione, the snake goddess. They had snickered and made jokes of the serpents that graced her arms and her ample breasts. They never paused to consider what the woman had once meant to so many and still meant to Ariadne’s sisters and all nymphs. They had just laughed and gawked at the oddity before them. Stupid Americans.
Did no one revere what is sacred anymore? Had culture changed that much?
Ariadne pushed the thoughts from her mind. There were some things about the modern world that she just didn’t understand, and Dr. Morris’ ardent desire to destroy the nymph culture by exposing the secrets of the Labyrinth was at the top of her list.
Couldn’t he just leave some things alone?
If he found the Labyrinth, the artifacts would sit in the museum, and like the statue of Epione, be pointed at and mocked—or they would be misused. The sacred Labyrinth needed to stay exactly as it was, hidden from science, from prying eyes, mocking laughs, and greedy hands.
She jabbed the trowel into the hard earth.
The trowel-marked square walls around her seemed to move in a little closer as Ariadne worked. She swallowed back her fear as she looked up at the night sky. When she was done, she could get out of this place and never come back.
Her gaze fell to the exposed light gray column at her right. For a moment she stared at the moonlit carved stone, it reminded her of the thousands of years that had passed since she had been born. Each year brought a new challenge, a new set of problems. She ran her finger against the arid dirt and brought her fingers to her nose to smell the burnt sage, the citric aroma of oranges, and a hint of olive.
To have an archaeologist sticking his nose where it didn’t belong was an invasion tantamount to war. Subterfuge was the game and nymphs had thousands of years of practice.

The Author
Danica Winters is a best-selling author who is known for writing award-winning books that grip readers with their ability to drive emotion through suspense and often a touch of magic. When she’s not working, she can be found in the wilds of Montana testing her patience while she tries to understand the allure of various crafts (quilting, pottery and painting are not her thing). She always believes the cup is neither half-full nor half-empty, but it better be filled with wine.

thanks for the wonderful giveaway!

Thanks for participating in the awesome giveaway! I love shifter books and this is definitely a new spin for me. I can't wait to see how I like it thanks for sharing with us!

This book sounds fantastic. Can't wait to read it. Great excerpt and trailer. Thanks for the giveaway.

thanks or doing a great giveaway :)