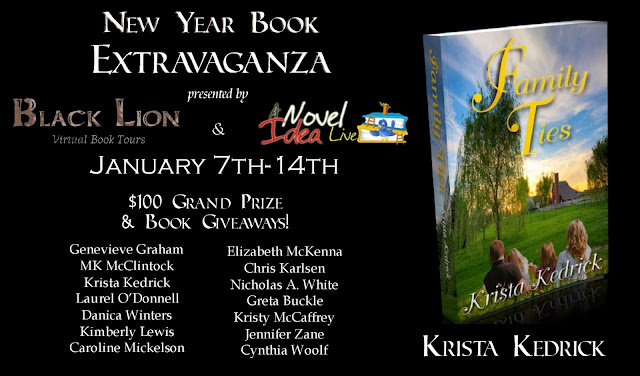 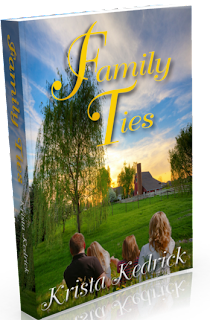 She’s all country…
He’s all city…

Grace Tucker thought she had her life put back together - with the help of her over-protective brothers. She had a quiet, predictable life operating the family hardware store in her hometown and spending her free time with her friends, the Caldwell family. That was… until a tragic accident took her two best friends and left their daughters orphaned. If that wasn’t devastating enough - Dirk Caldwell, the egocentric brother no one’s met, blows into town.

Dirk Caldwell realized he wasn’t in California anymore when he stepped from the redneck, rattletrap airplane and was smacked in the face with a cold breeze laced with manure. It was exactly what he’d expected from the backwater town his brother called home. But going head to head with Grace Tucker was not.

When two worlds collide can they form a bond strong enough to tie a family together?

The Author
Krista was born and raised in Nebraska. Her first years were spent on a ranch near the Stinkin’ Water Creek in Chase County with her family raising cattle, lambs and chickens and stirring up trouble. After spending several childhood years in Colorado and Kansas her family returned to make Nebraska their home.

It has been Krista’s ambition to become a published author since her freshman year of high school when a literature class changed how she looked at writing. She discovered it could be more than an outlet for feelings or simply a hobby.

She married her high-school sweetheart in 2000. He has been a wealth of information for her western/agriculture style novels. And living in small communities has given her the inside view of small town people -their wholesomeness, kindness and appreciation of the little things in life. These one-of-a-kind people are the heart of her characters. Her light-hearted take on the world splashes the pages of her novel creating a wonderful mix of seriousness and humor.

Krista makes her home in Nebraska with her husband, two daughters and basset hound.

I love city vs country!

This sounds like a great read! Country vs. City! Oh yeah!