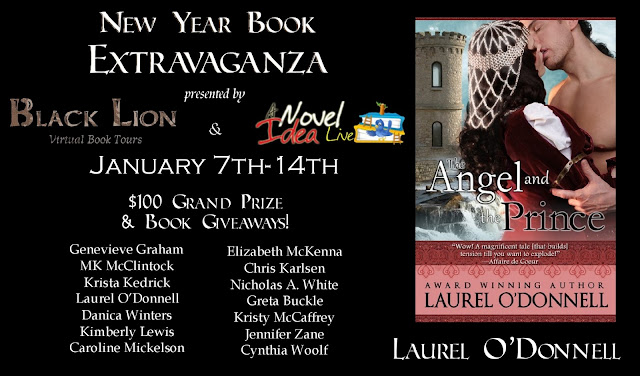 The Angel and the Prince 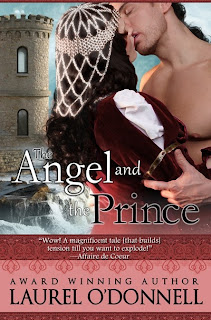 In this exciting medieval romance, the French lady knight known as the Angel of Death wages a battle of wills and desires against her dreaded enemy — the English warrior known as the Prince of Darkness.

Ryen De Bouriez is a French warrior, dedicated to protecting her country against the hated English. In place of glittering ball gowns, she wears shining armor. Instead of practicing the gentler arts, she wields a sword. Those who whisper her name in fear and awe call her the Angel of Death.

Bryce Princeton is the Prince of Darkness, an English knight sent by his king to find and destroy their most hated adversary — the Angel of Death. Little does he know that his enemy is no man at all, but a beautiful woman who will challenge his heart and honor at every turn.

Forced to choose between love and honor, the Angel and the Prince wage a battle of wills that challenge everything they have ever believed in.

This is an amazing giveaway!

I love a book with a strong heroine and Ryen sounds like the epitome of strong heroines. I can't wait to read this book thanks so much for sharing with us and for participating in this awesome giveaway!

This book sounds fantastic. Can't wait to read it. I love strong heroines. Great book trailer. Thanks for the giveaway.

I love a strong heroine and an alpha male story!

this is a great giveaway! you're awesome!

what a great giveaway :)

Sounds like an interesting read.
bituin76 at hotmail dot com