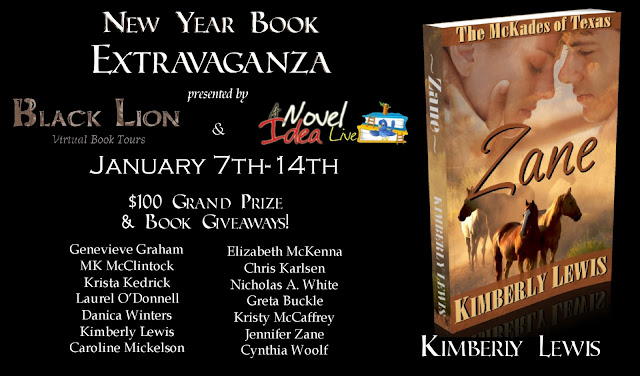 Zane: The McKades of Texas 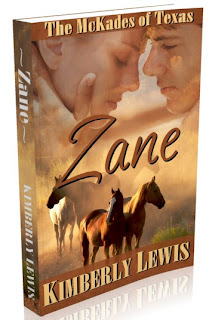 Kellan Anderson is in hillbilly hell – or at least that’s what it feels like. After enduring endless accounts of abuse from her now ex-boyfriend, Kellan makes a run for her life and finds herself in cowboy country. Leaving her fancy clothes and expensive lifestyle behind her, she trades in her high heels for cowboy boots and changes her name to Andi Ford. With her painful past threatening to catch up with her, hiding out in this small town seems easy enough – until one blonde hair, blue eyed cowboy steps in the picture.

In November of 2011, author Kimberly Lewis stepped into the writing world with her first original western contemporary romance novel, When the Heart Falls.

Born and raised on the Eastern Shore of Maryland, this country girl at heart caught the creative bug at an early age, doing everything from drawing to writing short stories.

After the birth of her son, Kimberly found the inspiration to pick up a pen, or in this case a laptop, and began writing her first novel. Since then she has continued to write and credits her husband Rob and her wonderfully crazy family, who with their love and joking demeanor provide her with the ideas that inspire her novels.

In her spare time she enjoys reading, horseback riding, and spending time with her amazing family.
Connect with Kimberly!
http://kimberlylewisnovels.blogspot.com
Facebook | Twitter
a Rafflecopter giveaway

"Hillbilly hell!" Gotta laugh at that.

LOL:-) Glad you liked that, Joanne!

This will be a shock to "Andi's" system to live in the country! Sounds like a great read!

You are 100% correct about Andi, books4me! LOL. Thanks for commenting and good luck!