Today we are happy to present you author Rebecca Graf and her work DEEP CONNECTIONS, a thrilling Paranormal Romance. 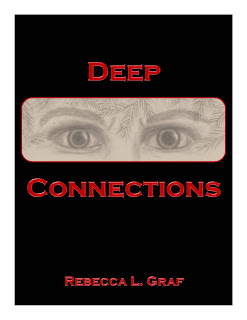 ​​Book Synopsis
Just as love appears, so does the darkness. With her heart reaching out for one man, Brenna finds herself the target of an unknown stalker. Who is he? What does he want? How far will he go for her? Death is an option. Brenna discovers more than she bargained for and learns that the stalker will kill for her. It all comes down to decisions, and no matter what she chooses it will demand sacrifice and someone's blood.
​
​
PRAISE FOR "DEEP CONNECTIONS":
"Deep Connection is a unique thriller that will keep you guessing until the end. Who is stalking Brenna and why? As the layers of mystery unfold, you will be pulled into the twists and turns Ms. Graf has so wonderfully written. Wrapped around the mystery is a love triangle between Brenna, the cute sheriff's deputy and the handsome Native American lawyer. Who will win her heart and save her from the evil stalking her? Read the book and find out. I had a hard time putting this one down. I am waiting for the sequel as I am sure it will also be a fantastic read." – Marianne Spitzer 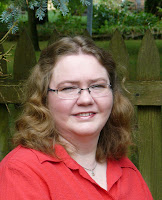 The Author
Rebecca Graf is a transplanted Southern girl living in Milwaukee, Wisconsin with her husband and three children. She worked for 20 years as an accountant before writing her first story and becoming a freelance writer online. She now writes full-time while going back to school for her history and English degree as well as run two online companies: Silver Tongue Press and The News in Books.
​
Learn more about the author at: ​www.rebeccagraf.com​


Excerpt
​​Brenna’s eyes fluttered open to see a blur of trees flying by. Her head pounded and her stomach began to roll from the pain she felt and the fast-changing scenery. A careful look at her surroundings told her she was in an older model car. She inhaled deeply to calm herself, but confusion set in as her senses were assaulted by unfamiliar smells. The old smell of the car was tainted with something repugnant and caused her nose to crinkle in response. Her eyes widened in fright as terrifying memories began to flood her mind. Turning slowly, afraid of what she might see, a gasp involuntarily escaped her vocal cords when she saw he was as repulsive as she remembered. Who was he and what did he want with her?
Sensing her stare, a pair of dark, soulless eyes turned towards her. A smile appeared on his unkempt face. “Well, well, sleeping beauty awakes.” Brenna’s stomach rolled again as she felt his eyes slide hungrily over her body. She pushed up against the door in an effort to put as much distance between the two of them as she could, but he shook his head in disapproval. “No need to be dramatic.” He turned his attention back to the road. “We both know you won’t jump out.”
She set her teeth and glared at him. Eyeballing her surroundings, she saw that there was no end to the trees that lined the road, no sign of civilization. She assumed they were still in the same state as when he grabbed her from the parking lot of the school where she taught. Deep down inside, she knew death awaited her no matter what. The look in his eye was not merciful. Yet jumping from the car to end her life seemed too selfish. As she was not one to keep such joy to herself, she quickly swung her body around and slammed into her abductor. Might as well let him in on the fun!
The force of her body colliding into his sent the car spinning out of control. She began fighting with all her might to prevent him from regaining control. Two sets of hands fought for control of the steering wheel. Profanities were shouted as the fight intensified. The car spun to the edge of the road where a small depression nestled in the forest. The tires left the ground when it hit the slight downward shift of the terrain, the car flipped and somersaulted twenty feet down the hill. As it took its final turn before slamming into a large pine tree, the passenger door flung open from the movement. Brenna thudded on the forest ground and barely missed a clump of trees. Stars exploded in her head and every bone in her body ached from the impact. She looked up to the fading light and let the darkness take possession.

We have a tour wide giveaway and the prizes are 5 e-copies of "Deep Connections".
Enter the giveaway here:

I love vampires! They are my very favorite!