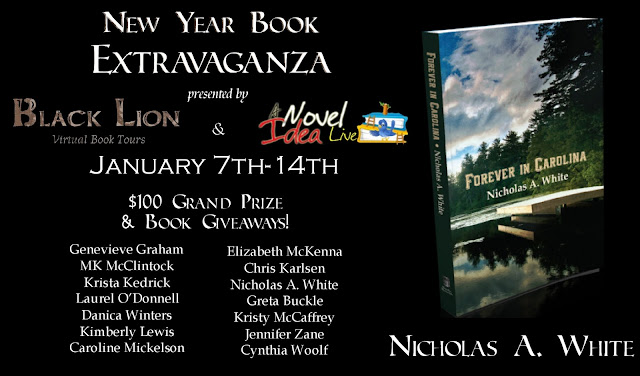 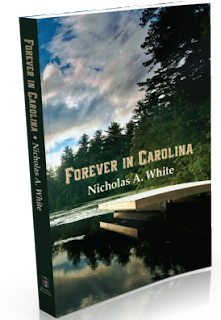 Jason Wyatt vowed that he would fulfill his deceased brother’s collegiate-football dreams. Despite a growing number of injuries, he is willing to risk anything, even his health, to uphold that promise.

With recruiting underway and a football future imminent, he meets Riley, a green-eyed beauty, with a haunting and unforgettable past and an overprotective father.

Jason tries to balance young love with football, and as he nears high school graduation, he is confronted with a new set of life-altering obstacles to both.
Kindle | Print

Nicholas A. White, born in 1992, now attends Clemson University in pursuit of a degree in civil engineering. He was born and grew up in Weddington, North Carolina, a suburb of Charlotte. In his free time he golfs and fishes, and he considers himself privileged to live in both North and South Carolina. At Clemson he is the president of his fraternity, he has several years of involvement in student government, and he is a member of the honors program.

Enjoy an Excerpt from Forever in Carolina


A charm rested with the lake, attracting wildlife to it with a silent heartbeat—the actual rhythm of nature’s body. Jason built it when he first purchased the land five years ago, and the sediment in the water had finally retired to the bottom, giving birth to four acres of dark-green wonder. The lake captivated all those who stumbled upon it, even a family of geese who maintained an ease of survival uncommon to the wild. It duplicated a mystery of great importance—a source of life that sprouted with each young tree along the banks.


Now, the entire valley joined together to mimic the original model that Jason grew up with—a wonder that he had not fully appreciated until misfortune forced him into realization. It was that natural lake of his boyhood that had rescued him from a dangerous spiral of turmoil that too often captured those victims who feared they had nothing to lose.


The mechanic hum of an insect’s wings retrieved Jason from his meditation. He squinted at the yellow jacket that hovered above his body and hoped his wordless pleas would scare it away. In defiance, it landed on the side of the raft and searched its new discovery. He swatted but missed, and the force of the swing tossed him off balance. He threw his arms in all directions to counteract the shift in weight—an unsuccessful attempt that left him clawing at the slippery edge of the raft. The raft bobbed in the ripples created from the struggle, and Jason’s right leg slipped underwater while his three remaining appendages clung to the float.
The attacker returned for an offensive strike, hissing over Jason’s face and digging its stinger into the cushioned skin of his stomach. He leaped into the water to escape, and once the predator vanished, he tried desperately to return to the surface. It was a fruitless attempt, and water rushed into his barren lungs. As he sank to the bottom of the pool, he pressed a red button strapped to his lower bicep.
His wife was inside baking key lime pie. Although currently invisible beyond the blotched saltwater, he knew that she would soon run out underneath the massive columns. After nine years of marriage, she continued to amaze him every day.
It was taking her longer than usual this time, and even though the seconds continued to tick away, he never lost faith that she would come. His lungs clenched in search of oxygen and his arms thrashed in frantic desperation as they tried to compensate for his motionless legs.

Email ThisBlogThis!Share to TwitterShare to FacebookShare to Pinterest
Etiquetas: Nicholas A. White

Congrats on the release. Forever in Carolina sounds like a winner. Can't wait to read it. Thanks for the giveaway.

Are you tired of looking for bitcoin faucets?
Triple your claiming speed with this amazing BTC FAUCET ROTATOR.

Did you consider exchanging with the most recommended Bitcoin exchange company: YoBit.

YoBit enables you to claim FREE COINS from over 100 unique crypto-currencies, you complete a captcha one time and claim as much as coins you need from the available offers.

After you make about 20-30 claims, you complete the captcha and continue claiming.

You can press claim as many times as 50 times per one captcha.

The coins will safe in your account, and you can convert them to Bitcoins or any other currency you want.