BAIT (Order of the Spirit Realm #1)
by K.C Blake 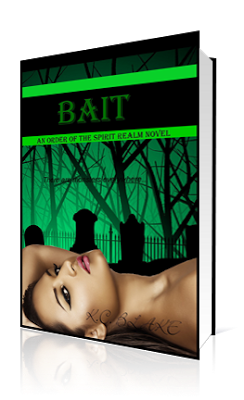 Book Synopsis
At sixteen, Bay-Lee Bishop is not a typical girl. The last thing she wants is to be popular, but flying under the radar is nearly impossible when you’re the tallest kid in the eleventh grade. She works hard to maintain a steady C point average, never raises her hand in class, and avoids extra-curricular activity of any kind. The other students would be shocked to learn she’s living under an alias, relocating at her uncle’s whim, and hiding from monsters who want her dead because she’s Van Helsing’s daughter.
​
Life is weird. Then everything changes. A reaper uses her closet to cross over from the Spirit Realm right before her father whisks her away to a new school. This is the school she was born for, the school where she will learn to hunt and kill monsters, but it isn’t what she imagined. Students hate her, her mentor refuses to help her, and wraiths are murdering hunters on their birthdays. She is laser-focused on training. Love is not an option for her. Try telling that to her heart. 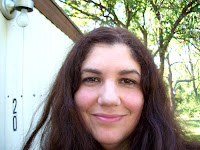 Born and raised in California, I fell in love with writing while reading The Outsiders. Then I fell in love with Stephen King's writing style. I enjoy reading many types of books, but YA Paranormal is my favorite. I used to write for Harlequin under a different name. So that's my background. Exciting, no?
﻿
Find more about her at: http://kasi-kcblake.blogspot.com