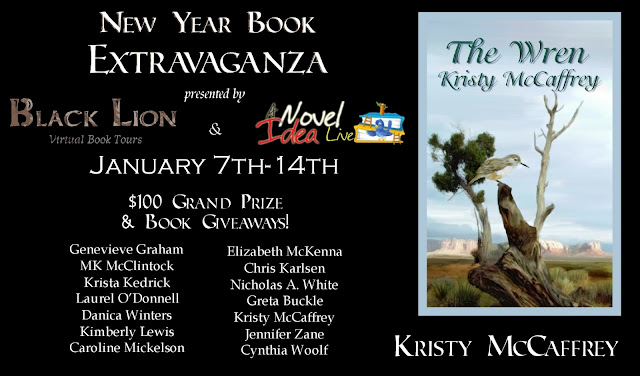 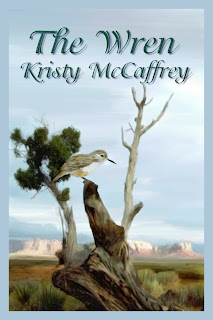 Ten years have passed since her ranch was attacked, her folks murdered, and Molly Hart was abducted. Now, at nineteen, she's finally returning home to north Texas after spending the remainder of her childhood with a tribe of Kwahadi Comanche. What she finds is a deserted home coated with dust and the passage of time, the chilling discovery of her own gravesite, and the presence of a man she thought never to see again.

Matt Ryan is pushed by a restless wind to the broken-down remains of the Hart ranch. Recently recovered from an imprisonment that nearly ended his life, the drive for truth and fairness has all but abandoned him. For ten years he faithfully served the U.S. Army and the Texas Rangers, seeking justice for the brutal murder of a little girl, only to find closure and healing beyond his grasp. Returning to the place where it all began, he's surprised to stumble across a woman with the same blue eyes as the child he can't put out of his mind.


Enjoy an Excerpt from The Wren
Chapter One
North Texas, May 1877

Startled, the woman turned in her saddle and glared wide-eyed at him. Beneath the brim of her dark hat vibrant blue eyes watched him with wariness and caution.

In this isolated corner of the Texan plains the last thing Matthew Ryan expected to find was a lone woman atop a horse, staring at the three gravesites nestled into the hillside. A vision of a girl from long ago, her blue eyes just as vivid, flashed in his head. A lifetime had passed since that August night when he last saw Molly Hart on this earth. The loss, only a dull ache now, never fully seemed to leave him.

"No, I’m not lost," she answered. Her voice was rich and layered, and slid around him like a warm fire after a cold spell.

"You’re a long way from nowhere," he said, shifting in his saddle and adjusting his hat as a gust of wind blasted them. A storm was brewing, teasing the land with its ever-increasing presence. Dark clouds pressed low on the horizon and Matt suspected that soon neither he nor the woman would be riding far. He ought to leave now.

"Did you know the Harts?" He inclined his head toward the graves.

The woman turned away from him, and nodded almost imperceptibly. Strands of dark hair escaped the confines of her hat.

"My name is Matt Ryan." He scanned the small, enclosed valley and the dilapidated house about a quarter-mile away, the remnants of the Hart Ranch. A corral, stables and bunkhouse also still stood, overrun by tumbleweeds and dust, ghostly sentinels of a once-vibrant place. "My family has a ranch about thirty miles east of here."

When his gaze settled back on the woman from nowhere, he found her watching him in genuine shock. "What’s wrong?" he asked immediately.

Her horse, a fine-looking chestnut mare—the hue was almost the same shade as the mystery woman’s hair—pranced nervously in response to her rider’s agitation.

"Have we met before?" he asked.

Instead of answering, the woman questioned him again. "How did the Harts die? How did Molly Hart die?"

Matt paused. It was ten years since he had been to this place, ten years since the funeral when the three graves had been dug and the murdered bodies had been laid to rest. Was he a coward for not visiting sooner? He wasn’t sure. All he knew was Molly Hart’s death weighed on him still, like a vice around his guilty conscience for not staying with her that night.

"About ten years ago, the ranch was raided during a party. Mr. and Mrs. Hart were killed. Molly disappeared." His tone was even, a mannerism honed during his years in the Army and the Texas Rangers. Hiding his emotions had become second nature, a useful trait in his line of work. But at what cost, he sometimes wondered.

Kristy McCaffrey has been writing since she was very young, but it wasn’t until she was a stay-at-home mom that she considered becoming published. A fascination with science led her to earn two engineering degrees—she did her undergraduate work at Arizona State University and her graduate studies at the University of Pittsburgh—but storytelling was always her favorite hobby. Born and raised in Arizona, and recently returned after a 20 year absence in Pittsburgh, she writes Old West romances to capture the landscapes that were such a big part of her childhood. Her first novel The Wren was a CAPA winner for best new author traditional, a Texas Gold finalist, and a HOLT Medallion finalist for best first book. She lives in Scottsdale, Arizona with her husband, four children, and two chocolate labs, Ranger and Lily.

The Wren sounds very intense but intriguing at the same time. Thanks for introducing it to us!
(craftgirl83 on Rafflecopter)

I enjoy reading books that have a hint of mystery to them. This sounds like a good read. Thank you for the opportunity! (Danny Taylor Rhonda on Rafflecopter) danrhon at gmail dot com

Intriguing - I can't wait to read it.
sbereza22 at gmail.com

sounds great, thanks for the giveaway
vera28546 at yahoo (dot) com

I wonder why the title is The Wren? I'm guessing that was her Indian name, but I will just have to read it to find out! Thanks for the giveaway!
Bonnie Hilligoss/bonhill@speakeasy.net

sounds like a great book! thanks for the great giveaway

Congrats on the release. The Wren sounds intriguing. Can't wait to read it. Thanks for the giveaway.