What's sexier than a man fighting the minotaur to save his love? 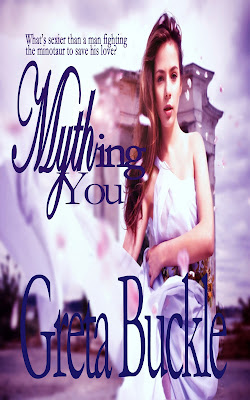 He wasn't looking for love. He only wanted to prove he was worthy of being a king's son.


Adventurer Theseus had dreamed of meeting his father, King Aegeus. As Theseus journeys to Athens, he meets his match in strength along the way. But is it the will of a beautiful young princess that puts this strong young man finally at his mercy? Or will he be able to conquer the princess’s heart?

She had settled for a life of unhappiness and believed a man who would love her for herself was only in her dreams.
Princess Ari has followed her father’s dictates all her life. On her way to meet her bridegroom, she is attacked. Saved by a handsome adventurer, Theseus, she tempts fate and follows him on his journey to Athens. Being with Theseus opens up a whole new world of opportunity for her. But will she allow her heart or loyal duty choose her life for her? 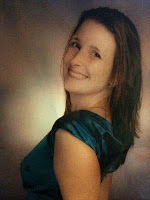 Greta Buckle grew up in Irish Catholic Boston before moving to the Miami sun. She’s worked in engineering, then became a lawyer. After realizing she hates clients, she became a high school teacher. Teaching is fun, but writing is a passion. She wrote one hundred and one fan fiction stories online before deciding to transition into writing her own stories. Never ask her to republish her fan stories from age eleven- horribly written stories of princesses. Greta dreams of writing professionally, where her barista can make her coffee and a walk on the beach, can motivate her tales. Theseus story came to her when she was a freshman in high school as her English teacher, the nun, told her how life was hard and tragedy teaches lessons. Greta’s love of writing has kept her centered and focused. How is she crazy? The voices in her head are characters in novels and she’s not insane.
Website | Amazon | Facebook

Theseus’ entire body must have been made in the nectar of desire because she wished to bury herself in his arms. And he didn’t stop her from running to him. She jumped when a crash cracked through the air. Blinking, unsure of what happened, her body became rigid. Theseus pulled her into his arms and onto the ground seconds before the giant flew over the pair of them.
He took his hand off her head. He had protected her. Again.
Staring up at him stirred something unique inside her that she never believed could happen to her. She’d seen the plays and the tragedy that love caused, but never understood temptation. The fire in her belly burned into every part of her body from his smoldering eyes. He looked down at her as he cradled her in his arms. “That was Sinus. I don’t think he’ll kill anyone else ever again.”
“He won’t. How do you know his name?”
“He’s the reason I chose this path when I was fifteen. I had planned to prove my courage to my father, and take out the biggest villain on the road.”
“Check that off the list of goals then.” she said. “Good job.”
She continued to embrace Theseus, making her body tingle from crazy stirrings. What would he taste like? She’d die a happy death if he put his lips on hers. My, what was she thinking?
“I never believed you’d be here, or that my goal in that moment would turn to protecting you.” he said, pulling her closer.
She shook off her desires. She needed to let him go. She focused on logic instead of the male body in front of her. “I don’t know what to say. Today has been the craziest day.”
“It’s the middle of the night, little one.”
“You’re right. I don’t know what’s happening to me anymore. Theseus, this never happens to me.”
“What doesn’t happen to you?” he asked, smiling.
“I don’t know.”
He played with her hair, and straightened her clothes. “Your innocence and desire are a siren’s call to me, Ari, and you don’t have a clue, do you?”
“Who’s Ari?” She half expected to be disappointed with whatever he would say.
“You are. It fits you much better than Ariadne. Ari trembles for me.”
She licked her lips, wanting to kiss him. But she couldn’t. Theseus embodied a man out of her dreams.
She looked away thinking of what waited for her when her father’s men found her. “I don’t know my bridegroom. I’ve only ever known my duty.”
Theseus’ body tensed. “You’re betrothed?”
“I never agreed. The bride price, I’m told, paid for my father’s upgrade to the artillery. In the morning or someday soon, I’ll be found. But…can you do me one last favor?”
“What, little one?” His arms grew warm again, tightening around her. She dared for a different life, where she lived with a chance of walking next to him in life. Letting him go and going back to the life her father chose sounded cold and dreary. She couldn’t, not yet.
“Kiss me, Theseus, just once.”
Taking a step closer to him, she looked into his mesmerizing eyes. His strong hands framed her face, his fingers circled her mouth and his eyes darkened with tenderness. When he leaned into her, her eyelids fluttered shut. His light pressure sweetly opened her mouth.
Her secret wish had come true. The prison walls in Ariadne’s heart disappeared in her soul, and today Ari’s lips ached.
He bent his head close. Then, she felt his strong lips on hers, and she lost control. 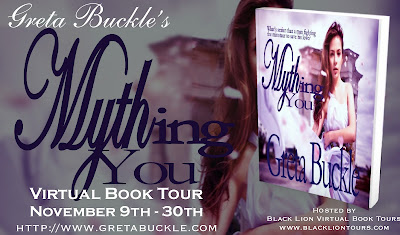 Looking forward to your tours Greta!

I'm looking forward to this myself. Thank you so much!!!

Does this show as me as I see alot of blogs accept Google names. And I want to say hello everywhere.