"Rosie Stanton climbed on a west-bound train to answer his ad for a wife and mother, everything she wants to be." 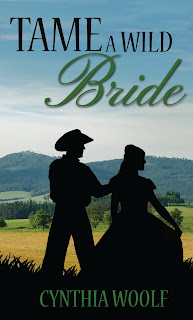 Book Synopsis
Rosie Stanton climbed on a west-bound train to answer his ad for a wife and mother, everything she wants to be.  But Tom Harris lied.  He doesn’t want a wife, merely a mother for his two abandoned children and a cook and cleaner for his ranch.
​
Betrayed once, he’s vowed never to let another woman into his heart.  Sexy Rosie upsets all his plans and threatens to invade his scarred heart.  How will he maintain his vow to keep his hands off her as she charms his children, his cow hands, his life?

An Excerpt
Rosemary Stanton stood on the train platform sweating and waiting.  Sweating because it was an especially hot day in late June.  Waiting for her husband.  A husband she wouldn’t recognize if he were standing right next to her.
​
She’d been desperate when she answered the advertisement for a mail order bride.  Wanted: Single woman to cook, clean, and care for children on a cattle ranch in southwestern Colorado.  Will marry upon arrival.
​
Well, she was twenty-six with no prospects.  Her brother just got married and his new wife, Beatrice, didn’t want Rosie around.  She could answer this advertisement or become a governess.  Help someone else’s children grow up into adults.  Live in someone else’s house.  For the rest of her life, she’d have nothing she could call her own.
​
Rosie wanted a home.  She wanted a husband and children.  All the things she’d never have if she stayed in Philadelphia.  When she’d seen the ad in the morning paper, she’d nearly shouted with glee.  However, she managed to restrain herself until she got to her room before she yelled with joy.  The advertisement was tailor-made for her needs.  It got her away from Beatrice and got her her own home all in one fell swoop.
​
Her brother, Robert, though was not happy with the idea of his baby sister traveling across the country to marry a stranger.  He grudgingly agreed to give her her dowry to take with her.  Five thousand dollars.  She’d take the draft to the bank as soon as she arrived in Creede, Colorado, and married Mr. Thomas Harris.  Cattle rancher.  It was her “in case it doesn’t work out” money.  Though she supposed it would belong to her husband once she married.  Perhaps she just wouldn’t tell him about it.  Her conscience spoke up.  That’s no way to start a marriage.  With lies and secrets. Oh, all right.  She’d tell him and have him take her to the bank.  But not until after she’d taken his measure.  If he was a cruel man, she would leave and she sure as heck wouldn’t tell him about her money.
​
Even with the dowry, there’d been few prospects for Rosie back in Philadelphia.  She wasn’t pretty in the conventional sense.  She thought her face with its big brown eyes and full lips was pleasing enough, but men apparently hadn’t.  Her one beau had said her eyes were the color of warm brandy.  That was before he left her to marry another more suitable woman.  More suitable, hah!  Richer was more like it.
​
Paul had expensive tastes and married a rabbit-faced girl, heir to a substantial fortune to which he’d have access.  Well, good luck and good riddance.
​
Rosie did have one feature she’d been told was extraordinary.  Her hair.  It was waist length, wavy and a clear, golden blonde.  Right now, standing on the train platform in Creede it was bound up in a loose bun on top of her head under her hat.  It, like the rest of her, was covered in dust and soot from the train.  She’d discovered on the second day that she could minimize the grime by sitting in the front of the car with the window closed.  But sooner or later the heat and mugginess of the car would force her to open the window.  The air came rushing in, cooling her, but bringing with it the dirt and ash from the train’s boilers.
​
On the long trip, she’d told herself again and again she’d made the right decision.  This was her future.


Tour Giveaway
Comment for a chance to win a copy of "Tame a Wild Bride" and a $5 Starbucks Gift Card at each tour stop! 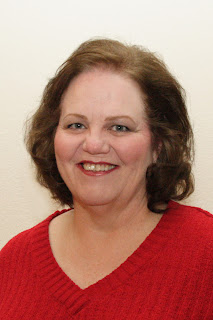 Cynthia Woolf was born in Denver, Colorado and raised in the mountains west of Golden.  She spent her early years running wild around the mountain side with her friends.
​
She worked her way through college and went to work full time straight after graduation and there was little time to write.  Then in 1990 she and two friends started a round robin writing a story about pirates.  She found that she missed the writing and kept on with other stories.  In 1992 she joined Colorado Romance Writers and Romance Writers of America.
​
Unfortunately, the loss of her job demanded the she not renew her memberships and her writing stagnated for many years.
In 2001, she saw an ad in the paper for a writers conference being put on by CRW and decided she'd attend.  One of her favorite authors, Catherine Coulter, was the keynote speaker.  Cynthia was lucky enough to have a seat at Ms. Coulter's table at the luncheon and after talking with her, decided she needed to get back to her writing.  She rejoined both CRW and RWA that day and hasn't looked back. 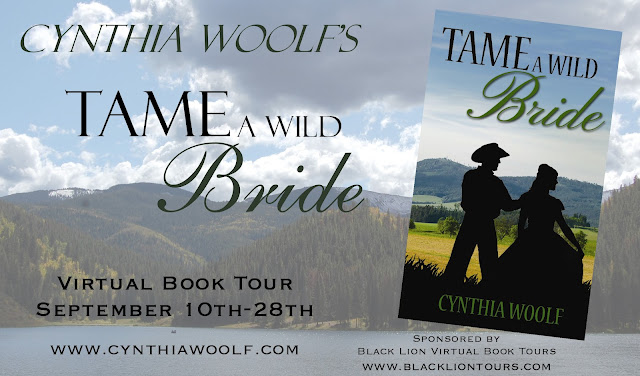 Thanks very much to Black Lion Book Tours for setting this tour up for me. The site looks great and I couldn't be happier.

It's great having you here with us today and on this tour Cynthia! I know a lot of readers really enjoy your books!

I love mail order bride books. Rosie sounds like a great heroine. Is she based on a family member like your other western?

I love that excerpt! But I've said that before.

great excerpt! do you ever sleep? Really, you are one busy gal.
Best to you on the tour.

Linda, Rosie is sort of based on my mother. She and my dad corresponded for several months after she left Creede before Dad finally asked her to marry him. She came back to Creede and stayed for a night with my aunt and uncle before she and Dad drove to Taos to get married. So in a way Mom was a mail order bride. :-)

Jesse and Roxy, glad you like the excerpt. I do too. LOL

A great excerpt. Of course, I have to know what is going to happen when she meets Thomas. Sounds like my kind of book.

Have fun on your tour.

Thanks for stopping by, MJ.

Thanks Christy. I hope you like it. Heck, I hope everyone likes it. LOL

That is really cool about your mom and dad, this sounds like a wonderful story. I grew up in Utah and being from the West you hear all sorts of stories about mail order brides. Thanks Carin
mawmom at gmail dot com

How neat to incorporate your mom and dad's story! The excerpt is wonderful, really makes you want to find out what happens :)
You should totally be a guest on our show! I love western authors

Hi Krista. What show are we talking about? A Radio show? I'd love to ge a quest on your show.

Need To Boost Your ClickBank Banner Traffic And Commissions?