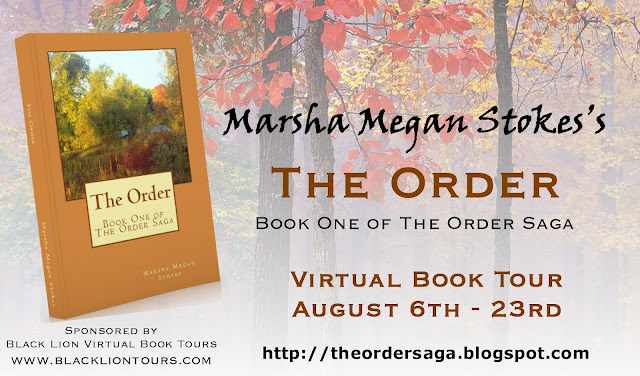 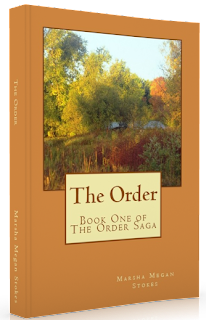 Book Synopsis
Peter's job as a Locator is to find extraordinary people—those with the Gift. The Gifted can sense and harness different kinds of energy and manipulate it in incredible ways. They have a heightened sense of the good that surrounds them, but they also more easily fall prey to the bad as well—to the Evil. As a new year at Grayson College begins, Peter is thrown into a whirlwind of terror, danger, and love. Will he be able to save a newly found Gifted One from the seductive influence of the Evil? Will he be too late? Or will he also fall victim to the darkness? 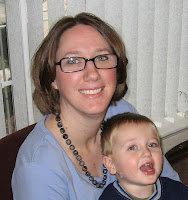 The Author
Marsha was born in Idaho Falls, Idaho, and currently resides in Tremonton, Utah. Mother of two, and wife to the most wonderful man in the world, Marsha spends most of her time taking care of the boys, blogging, writing, and playing the flute. She is also an avid recipe collector and loves to cook.
​
Learn more about Marsha at: ​​​http://theordersaga.blogspot.com/

Tour Giveaway!
One eBook copy of The Order will be given away at each stop. A $10 Amazon Gift Card will be awarded to one lucky commenter at the end of the tour! Comment at each tour stop for your chance to win!

Join the Tour!
Go to the main tour page.

An Excerpt
Peter anxiously paced his room. Donavon and Rachel had been gone for a couple of hours and he felt empty without her around. He wanted to take Rachel to see Robert, but Donavon’s cool logic had put an abrupt end to that.
Donavon is stronger, so he needs to be the one to help Robert make the link to the Life Box. Blah, blah, blah…
Peter’s thoughts seethed with jealousy. His entire life, Peter sat by and watched as females swooned over Donavon and then would turn a sisterly kind of affection onto Peter. This time was going to be different though. He had never felt this way about anyone before Rachel, and he was not going to let Donavon mess it up—not without a fight at least.
He already has Beth worked up into knots! What more does he need?

Peter thought back to the passionate kiss he saw between Donavon and Beth. People don’t just sit next to someone else and suddenly trip and find themselves in a lip lock. If Donavon wanted to play games with women, that was his business. But Peter was going to protect Rachel from him if it was the last thing he did.

He and Rachel obviously shared a connection. Peter remembered her words right before she left to see Robert, “Don’t fight with Donavon. You mean too much to me. I don’t like to see you hurting.”

Peter smiled at the memory.

You mean everything to me, too.

She didn’t want him to fight with Donavon, so Peter was determined to try and keep his cool when they got home. Sure, he and Donavon had fought before. They’d been friends for a long time, so a few fights were inevitable. However, this time things just seemed to annoy Peter worse than they ever had. Donavon just seemed so cocky—so overprotective.
And possessive! What gives him the right? You would think that when she woke up that first time that she’d said his name instead of mine!

Peter paced over to one of his sneakers and kicked it against the wall. He couldn’t imagine what was taking so long. They should have been able to drive up to the cabin, link Rachel to her box, and then drive home by now. Donavon was probably trying to put the moves on her. He should never have let her go with him.
Calm down, man. Calm down.

Congrats on your book Marsha! I'm looking forward to your tour!

I wanted to thank Black Lion Tours for this wonderful opportunity. I am very excited to answer questions and get to know my fans!